Give the traditional pizza sauce a break and try BBQ sauce instead… So good!

Last night while playing a game of Chinese Checker we munched on my BBQ pizza. It’s a pizza I ate awhile back at a dinner with my girlfriends.  So here’s my version of it. For those who are not a big “bacon” fan, this recipe is so friendly, you can substitute it with seared chicken breast or even use some of meat from your Costco rotisserie chicken.  Give it a try on a game night. It’s O-M-GOODNESS!

Here is your step by step for my BBQ flatbread pizza! 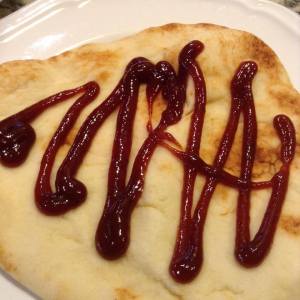 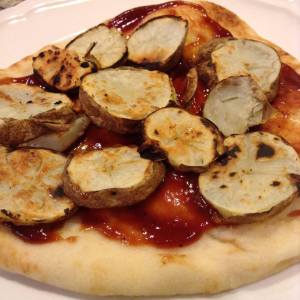 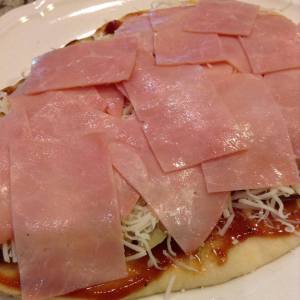 Load it up with honey ham..

Chopped Green Onions! This brings such a nice flavor to the entire pizza trust me.

Baked in the oven for 15 minutes at 350F and then broil for 2 minutes.. drizzle more BBQ sauce and ENJOY!!